10 Iconic Hairstyles From the 1940s to Present

Veronica Lake’s hairstyle throughout the 1940s happened by complete accident when a stray strand of hair fell over her face. The peek-a-boo look became a symbol of her style throughout the majority of her movies with her as the femme fatale and partially influenced the later 1950s Jessica Rabbit look. Marilyn Monroe was not only considered every man’s woman including the late JFK, but her style was highly envied by many women during the ’50s. Her short, loose curls were a part of her character and her hair even inspired one of her famous quotes – “In Hollywood, a woman’s virtue is not nearly as important as her hair.” 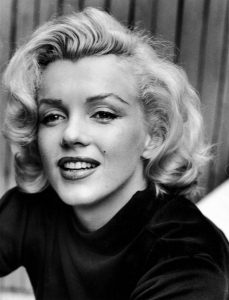 “Breakfast at Tiffany’s” is not only a classic film, but has also become a cult classic since its debut in 1961. Audrey Hepburn’s high up-do, bedazzled with a tiara, instantly became an iconic look. The style, with or without the tiara, has become a staple of hairstyles that has lasted throughout the decades. 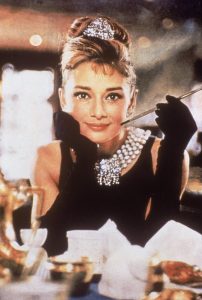 One of the most remembered hairstyles from the 20th century is Farah Fawcett’s feathered locks from her Charlie’s Angel’s role in the 1970s. The effortless, windblown look is still a hairstyle that many women try to perfect. You can’t talk about iconic ’70s hairstyles without mentioning the afro, which was probably worn best by Diana Ross. Although there were many style icons of the ’80s, Princess Diana was one of the most notable. She was a role model for many and her style exuded her confidence and sophistication. Her short layered do had the perfect balance of flair and everyday casual. The ’90s brought us many style icons, whose hairstyles were playful and sometimes surprising. Julia Roberts became known for her natural, wild curls, when Halle Berry stepped out in a pixie cut, it inspired many variations of this short cut for years to come and when Jennifer Aniston’s stylists created the bouncy layers that became known as “The Rachel,” it became one of the most talked about haircuts of the decade. More recently, Blake Lively has become the hairstyle to copy in the last decade. During her role on “Gossip Girl” from 2007 to 2012, her hair changed nearly every episode, potentially several times, but she always returned to the soft, lengthy waves that everyone admired. Her secret was to put her hair up in a ballerina bun while it was still damp and then let it down later for the perfect look. 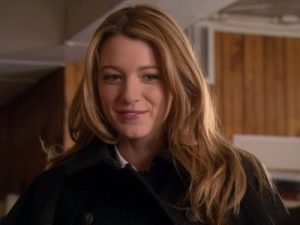 Hairstyles are ever changing and whether or not you love curly, straight, short or long; when you find the hairstyle that fits your personality, it can make you feel amazing.

Preparing Your Skin for Spring: Facials and Chemical Peels
April 29, 2021

At A Moment’s Peace, we believe the Spa Experience is a gift of choice that is distinctive, luxurious, and always in good taste.
Simply click the button above and you’ll be walked through the process to purchase an *Instant Gift Certificate that you can choose to print, email or have mailed to the address of your choice.
If you have any questions, please click on the Contact Us button at the top of the page and we’ll be more than happy to assist!
* NOTE: Gift Certificates are non-refundable and are valid for one year from the original purchase date. Instant Gift Certificates can be printed out at the end of the checkout process. If you would prefer to have a physical Gift Certificate mailed to you, you may select that option in the checkout process.
Go to Top